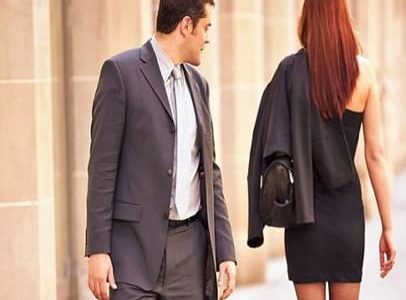 It’s like a scene from a movie: You’re walking along a street in Austin, minding your own business, when suddenly you see your best friend’s husband. Just as you are about to call his name and wave to say hi, you notice that there is a woman on his arm who is most definitely not the woman he is married to. What an awful feeling… you now have to decide what to do with this deep, dark secret that you have inadvertently stumbled upon.

What should you do when your friend’s husband is cheating?

Cheating Tips: Are You Sure Her Husband Is Cheating?

The first thing you should ask yourself if you’ve caught your friend’s husband cheating, is are you 100% sure? In the scenario described above, could it be an innocent stroll with a colleague between meetings? A sister you’ve never met? It is important not to jump immediately to conclusions. An easy way to address this issue is to actually call his name and wave, assuming it is an innocent interaction. This fully puts the ball in his court if he is cheating, since he will have to do some sort of damage control after being caught having an affair. This opens the opportunity to give him the choice of telling her or you will. But I don’t know a lot of women who are brave enough for this approach.

Hard Conversations: Should You Go There?

If you’re sure, and I mean 100% caught-in-the-act sure, you now have to decide if you are going to have a hard conversation with your best friend, keep this secret to yourself, or go another, more stealthy route.

How Close is Your Relationship?

If we are talking BFF since forever, closest sister-type friend, you probably already know how she feels on this subject, or can take a pretty accurate guess. My BFF moved out of Austin a few years ago, but I still know that she considers cheating the ultimate betrayal, and I know I would tell her in a heartbeat if I knew for certain that her husband had cheated. But what if you don’t know how she would react? You run a few risks in this situation. She might 100% not believe you, leaving you branded as a liar, with her questioning your motives for telling her. Possibly worse, she could hear what you are telling her and choose to ignore it. That would put you in an extremely awkward situation. Imagine the dinner parties?

Keeping a Secret From Your Best Friend

You might choose not to tell her at all. Maybe you do decide to broach the topic with him instead, or to just hold on to the secret since you know that the consequences will be too dire. Keeping this kind of secret from someone for whom you care is a lot to take on, and should really only be considered, in my opinion, if you feel that telling her would lead to a specifically negative outcome. Maybe you are inclined to stay out of other people’s relationships, which I generally do agree with, but when we’re talking about someone you are really close to, the benefits and consequences need to be very carefully weighed.

How Well Do You Know The Relationship of the Man Having the Affair?

Has your BFF been married forever, or is this a new relationship? This could be a factor in deciding whether to tell her or not. It could be easier to spill the beans in a newer relationship where you know you are saving her possible years of heartache down the road, versus telling her when she’s been married for a decade with two kids and a mortgage. Also, if you’re close enough to know if she is genuinely feeling happy in her relationship, or if there has been trouble in paradise, you will be better equipped to decide how the information may be received, and what the likely outcome is.

If you really want her to know about her husband cheating, but you really don’t want to be the messenger who may get shot, you are left with the option of telling her anonymously. An email or social media message from an anonymous account, or even a good old fashioned letter are options for telling her what you saw.

No matter what you choose to do, you know what you know, and have to make the choice that is best for you. Consider how you would wish for your best friend to handle it if the situation were reversed. If you do choose to tell her, try to stick to the facts about what you saw, and let her draw her own conclusions. Hey, maybe it was his sister after all, and she will love you even more than she already does for looking out for her!

Can An Affair Be Forgiven? When Should You Call It Quits And Move On?

5 Clues That She Secretly Wants You to Ask Her Out!